One of the most famous, respected and popular names in the history of the Waverley Baseball Club is undoubtedly CLARKSON. David ‘Clarko’ Clarkson is one of the club’s greatest and most decorated players but, much like his long-time team mate Matthew Sheldon-Collins, the contributions of his family also extend well beyond his own playing exploits.

David’s parents Doug and Meg have been mighty contributors to the history and fabric of the Waverley Baseball Club and both were awarded Life Membership of the club before David himself. The Clarkson family is perpetuated at Waverley with the next generation of Cousins and Cowan families, while the name Clarkson will remain etched in club history forever.

For the purpose of this story, we will concentrate on Doug, Meg and David in the order that they were awarded Life Membership. 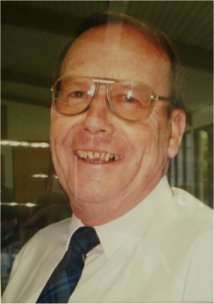 Not only the father of legendary Waverley player David, Doug ‘Dougie’ Clarkson is recognised as one of the most loyal, popular and hard-working members of the Waverley Baseball Club.

Quite apart from his tireless work for the club in a variety of official capacities over many years, ‘Dougie’ was maybe best remembered for his boundless energy and his engaging personality that was so important to the social fabric of the club.

Doug applied these talents as the life blood of many of the club’s social activities and as a key component of our fund raising efforts. Doug served on the Waverley Baseball Club committee for 16 years, five of those years as Club Secretary.

While his importance to the Waverley Baseball Club was massive, he became probably even more well known in local and national baseball circles when the club formed the Waverley Reds in the Australian Baseball League in 1989. ‘Dougie’ was immediately installed as the club’s enormously popular and famous gameday announcer for its home fixtures at VFL Park.

In this capacity Doug earned the respect of Australia’s baseball community for the colour and passion that he added to the games while maintaining a sense of humour and a “fair-minded” approach. Doug never had an unkind word to say about visiting fans or players that he always welcomed graciously and, while he loved the Reds, he brought great credit to the club as a person who keenly understood the bigger picture of promoting the game of baseball in Australia.

If he wasn’t providing an insight into the game for first-time fans, he was applying his amazing energy to dancing with the ‘Blues Brothers’ on top of the dugout and, as dictated by tradition, belting out the obligatory “Take Me Out to the Ballgame” during the seventh innings stretch. If there was a more popular person than Doug Clarkson involved with the Waverley Reds organisation it could only be “Redmond” the lion mascot… ‘Dougie’ was brilliant.

Here is a transcript of the tribute to DOUG CLARKSON that permanently adorns the bar in the WBC Clubrooms:

Doug joined Waverley in 1968 when son David started playing the game. He coached Junior and umpired Senior teams, worked the Bar & Canteen and was on the Social Committee for approximately 15 years. Doug served time as Secretary and was appointed a Club Life Member in 1986. Doug started Bingo for the Club and worked in Bingo Centres to raise money for our new clubrooms. He became involved with the Waverley Reds and was Ground Announcer and Manager for the team, also going on the Road Trips.

Not only the mother of legendary Waverley player David, Meg Clarkson is recognised as one of the most loyal, popular and hard-working members of the Waverley Baseball Club. We know that this is a direct repeat of what we said about husband Doug in the above tribute, but it applies equally to Meg Clarkson.

Also similar is the fact that Meg holds a special place in the hearts and minds of Waverley Baseball Club people, not only because of her tireless work for the club in official capacities, but also for her important contributions to the social fabric of the club for so many years. Along with husband Doug and since his passing, Meg remains a fixture at Waverley social events and she continues to assist the club in any and every way she can.

While also serving as Club Secretary for two years, Meg Clarkson is perhaps best known as one of the pre-eminent official baseball scorers in Australia. She has been Waverley Baseball Club’s chief Division One scorer for many, many years and she continues in this role today. Like husband Doug she is not only highly regarded by the Waverley Baseball Club, but also by other clubs in Victoria and where ever she has scored games around Australia.

When the club formed the Waverley Reds in the new Australian Baseball League in 1989 Meg Clarkson was immediately at the forefront to become the club’s official scorer and she fulfilled this function with her customary professionalism and good humour until the national league went into recess after the 1999 season.

Quite simply, MEG CLARKSON will always remain part of the “heart and soul” of the Waverley Baseball Club. 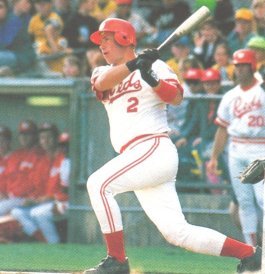 The son of Meg and Doug Clarkson, David Clarkson is the reason that all three have become Life Members of the Waverley Baseball Club when his parents gave him the opportunity to play in the club’s burgeoning junior program in 1968. It was the beginning of the ‘Clarkson dynasty’ at WBC.

Along with some of his illustrious team mates from the same era, David ‘Clarko’ Clarkson was to become one of the first high-profile products of Waverley’s renowned Junior Program when he became a fixture in both junior and senior teams at State and National level. He was to become, quite simply, one of the finest and most decorated players produced in Australia.

It wasn’t until ten years later that David retired as a Waverley player with a magnificent 619 senior games to his credit, second only to the extraordinary Geoff Paice in Waverley club history. He was Waverley’s Senior Club Champion six times. Also included during this period were two stints as Senior Head-Coach of Waverley for a total of five seasons. Typically, during this time the club was never too far from success.

Somehow David was always able to separate his desire for success and his “hard-nosed’ approach to the game from his off-field personality that made him one of the most universally respected and popular players in the game. Always a great character at social functions, there are few more likeable players among team mates and opponents than the affable ‘Clarko’ Clarkson. He is a terrific bloke!

When the club formed the Waverley Reds in the new Australian Baseball League for 1989/90 there would never be much doubt that David Clarkson would be at the forefront, along with parents Meg and Doug.

David was to become the inaugural Batting Champion of the ABL and he was involved in three ABL Championships as a player and coach with the Reds.

Ultimately David Clarkson was inducted into ‘Flintoff & Dunn’s AMLB Hall of Fame’ as an eligible retiree after the 1999 season. Here is a transcript of the profile text written by Adrian Dunn from ‘Flintoff & Dunn’s Australian Major League Baseball’ publication:

David ‘Clarko’ Clarkson will always be regarded as an original “legend” of the Waverley / Melb Reds ABL club as well as one of the finest players of his era to represent Australia.

Clarkson won the inaugural Batting Championship in ’90 when he hit .444, a record that would take a superb performance to surpass.While he never quite matched that magnificent first season, Clarkson continued to be a key hitter for the Reds.

He was essentially a line-drive hitter and occasional long ball man, often carrying much of the offensive burden for the ballclub. He was twice voted a member of the ABL All-Star team.

Clarkson featured again as a key part of the Reds second Championship team in ’95 when he had a career year in home runs (10) and RBIs (45) and is guaranteed a permanent place in Reds and ABL history.

Like a few others, ‘Clarko’ was an established Australian baseball star before the ABL began, but he was also able to prolong his career to become an ABL great.

Quite aside from his playing talent, Clarkson supplied the Reds those most important sports “intangibles” as a hard no-nonsense competitor and a respected on-field leader.

Finally, he succumbed to the wear and tear on his body and retired midway through the ’97 season to become a coach for the club he served so well.

We selected Clarkson to Flintoff & Dunn’s Hall-of-Fame as an eligible retiree for the 1999 Edition.

Of course, he was an automatic choice for the Reds All-Decade Team and their Team of the Decade.