On a wild, wintry day, where the Club sadly had to cancel 7 games due to the unplayable conditions @ Napier Park, there emerged a fantastic story for family members Trif & Zac Stafilis.
Playing their first games for the Club, Zac & Trif showcased their respective talents to headline in the Junior League Wildcats & Waverley Red in the Div 4 East.
Zac hit a homer & pitched a dominant inning as the JL Wildcats posted a 17-5 win against Doncaster.
And, later in the afternoon, Trif came on to pitch the last inning of the Div 4 game against Monash with the team holding a tenuous 8-6 lead.
Trif proceeded to strike out the side to give the Red machine a well deserved win.
Special shout out to John Darby, who took charge of the Red team in his first ever game as manager – you have got a job for life now, Darbs!!
Elsewhere, the Thirds went down 15-5 where Daniel Smith pitched his heart out but defensive lapses killed him & the team.
The Fourths lost 16-6 but there was much to like about the hitting of Dex Weichard, the first game showing of Ethan Johnston and the pitching of Dante Petruzziello.
The Firsts, Seconds, Women’s Team, Div 4 Black, U16 State, U16 Metro, the JL Panthers & JL Cougars & Little League Majors all endured wash outs.
And it would be remiss of the Wildcats’ Nation not to send out a BIG birthday greeting to the latest member of the Hawaii 50 Club Vaughn Evans – hope you had a great day, mate 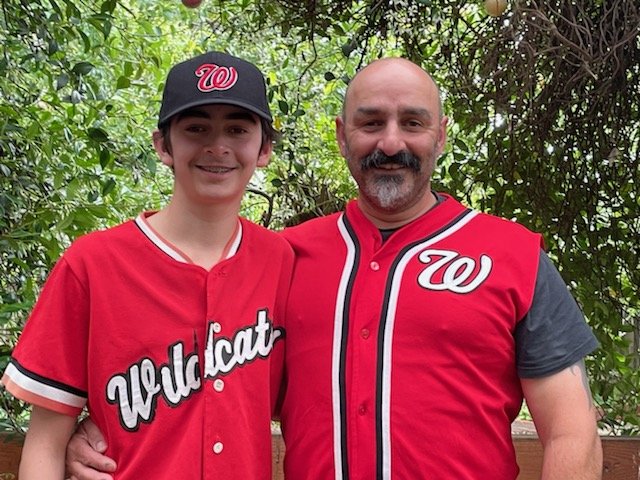